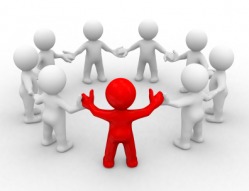 Individuals in Community
The Order of the Sacred Nemeton (OSN) was founded to bring a monastic tradition into the modern druid paths. From day one we knew this was not a path for everyone to walk and that it may raise so eyebrows as to how we can combine the two seemingly disparate paths.

First of all it has to be acknowledged that the druids served their tribes and we should also do the same. Yet we also know that to serve effectively we need times to recharge.

Like the ebb and flow of the tides we need times of withdrawal and times of engagement and this is at the heart of First Order life.

Within the First Order we make a commitment to fully live our rule of life and to centre our day on the fourfold office. We see the life of prayer and attunement to the Gods as central in our mission. It is from this strong base that we move out into the world as a resource for our tribes and communities.

Our Monasticism is not that of separation from the world it is indeed the opposite it is full emersion in the world.

For the pattern of our life we look back to the early Celtic Church and to the Culdees. It has been argued that they carried over many of the Druid traditions into the new faith and church. We are now hoping to reclaim some of those traditions.

At present we have no bricks and mortar but it is along this style that we would build. Individual houses built around a central grove/temple. It is in this way we can allow married/partnered people to live as part of our order.

For present what binds us together is the offices and the calendar and the rule. We are a community of self supporting solitaries who acknowledge our need for community and support.

Could this be a path for you? The path of prayer and devotion in Action!