Why The Province of the Sacred Ceiba 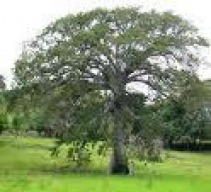 What is in a name? well everything…… Druidry first and foremost is a religion of a place. It is a religion which grows out of a heartfelt response to the natural world where ever you find yourself. Yes, the frame work and ideas are Celtic, but that is all they are - a frame work and a set of ideas. As I said elsewhere, a set of sign posts. To be a true druid in your own area you need to get in touch with the natural world around you. Let the Gods speak to you through the natural world and be willing to listen.  When I was thinking about making this website, and founding this order, I decided it had in someway, and to somehow represent the area in which we all  find ourselves. In this way it seemed right to split the world into Provinces each named after a sacred tree. As new people join and establish the work in other areas and new groups begin I would hope see the list of provinces expand. But this is truly in the hands of the Gods. Now here I am in the Mayan homelands and what tree do they hold sacred but the great and mighty Ceiba.  According to Allen J. Christensen, who wrote “The Sacred Tree of the Ancient Maya”, “In Mesoamerican theology, the world tree grew at the locus of creation, all things flowing out from that spot into four directions.” Basically the tree is the center, the point of beginning, where the world came into being. It passes through each layer of existence, the heaven, the earth and the underworld. Discussions of this tree appear in the Popol Vuh text, which is a Mayan text, the oldest known text that was transcribed into a Western script. This world tree appears in the art work at the ancient Mayan site of Palenque, Mexico 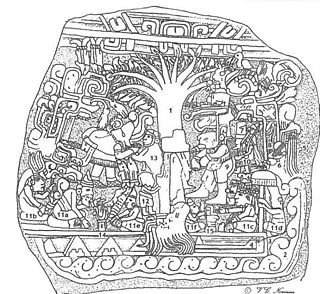 The ceiba tree is revered by the modern Mayans as a manifestation of the world tree, according to Christensen. Many villages have this tree in their main plaza, which marks their homeland as the center place of the world. The souls of the dead follow its roots into the underworld and ancestors return the same way to visit the living. The tree is also represented as a symbol in the underworld, which for the Mayans is more like our heaven.

Christensen writes, “In the sixteenth century, Diego de Landa, first bishop of Yucatan, recorded that the souls of the benevolent dead entered “a place where nothing would give pain, where there would be abundance of food and delicious drinks, and a refreshing and shady tree they called Yaxché, the ceiba tree, beneath whose branches and shade they may rest and be in peace forever.” Does this sound familliar to any of you out there. The triple cosmos the ancestors in the house of Donn.

The Ceiba tree (pronounced sayba) is a large Central American tree which has a large umbrella like canopy. Species of this tree grow to 70 meters (230 feet) tall, often rising above the forest canopy. They have thick straight trunks with spines and often are supported at the roots, helping them to stand.

This reminds me of the fact that no matter how strong you feel you are we all need support. The ceiba tree produces long capsules with fluff inside them called, kapok and seeds. The kapok has been used for life preservers and upholstery because it is light and resistant to water.

Today as I was searching for information on the Ceiba tree I remembered when I studies with a local Zen group in my home town. We made zafu cushions for meditation and they were filled with Kapoc. I suppose I could say the Ceiba has been behind my search for spirituality for years.

The wood of the trees is no longer used because it is soft, but indigenous people used them for dugout canoes. Many animals make their home in this tree.

It is a natural home for many species of birds. Mammals use its branches to navigate. Frogs live in the tree and their tadpoles live in bromeliads growing in the tree that hold water. Bats make this tree their home. Butterflies and moths have larvae which feed on this tree. A whole ecosystem of land, sea and air in one tree.

I hope like so much of the natural world you too can find your home in the Ceiba.

So welcome to The Province of the Sacred Ceiba